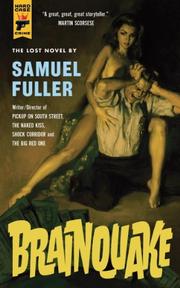 A bagman with recurring brain seizures falls in love with a Mafia widow and flees with organized crime money.

Fuller (The Dark Page, 2007, etc.) was an iconoclastic movie director whose work influenced film legends like Martin Scorsese and Quentin Tarantino. This book, discovered after his death in 1997, offers classic noir fiction filled with shadowy underworld dealings and an antihero immersed in criminal culture. Although he was born with a mysterious brain condition that causes uncontrollable seizures, Paul Page follows all the rules of his job as bagman in his gangland dealings. He survives attempted hijackings, he's always on time with his deliveries, and he never thinks about double-crossing his boss. Things change when Paul falls for Michelle, a mysterious and beautiful woman who becomes a widow before his eyes. Michelle’s husband is killed over an unpaid debt, and it seems that Paul can offer the two things that will save her from a similar fate: physical protection and quick cash. When he's told to deliver $10 million, he must decide between allegiance to the only job he's ever known and following the woman he loves. When Paul takes off with the cash, an elite hit man disguised as a priest is put on his trail. As his characters make a series of shifting alliances, Fuller creates the kind of converging narratives and memorable personalities that will seem familiar to any Tarantino fan.