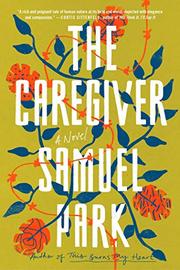 A young Brazilian woman arrives undocumented in Los Angeles, where she becomes a home caregiver for a patient who dredges up painful memories of her mother.

When Mara Alencar is 8 years old, her mother, a voice-over actress, is drawn into an anti-government plot that will change their lives forever. Mara knows Ana Alencar is “beautiful because of the way men on the street turned to stare at her,” but she is also an uncanny actress willing to scrap for their family of two. Ana’s determination to put food on the table leads her to accept a dubious job acting for the student guerrillas—a con meant to lure the loathed Police Chief Lima from his post. Park (This Burns My Heart, 2011, etc.) weaves the terrifying story of Ana’s mission with Mara’s new life in America, decades later. Mara struggles to fly under the radar as an undocumented caregiver in Los Angeles, where her primary patient, Kathryn, suffers from stomach cancer. Kathryn's fear of dying while still in her 40s blurs the boundaries between employer and employed, the living and gravely ill. At a party, Kathryn even introduces Mara as her adopted daughter, telling another guest, “I didn’t want to raise a child, but I wanted one to take care of me in my old age.” Park himself was diagnosed with stomach cancer in 2014, in his 30s, and died shortly after finishing this book—making this his final novel. It’s a beautiful testament to his extraordinary talents as a storyteller. In prose that rings clear and true, Park shepherds his characters through the streets of Copacabana to the posh hills of Bel Air. This is an elegy that reads, in some moments, like a thriller—and, in others, like a meditation on what it means to be alive. “It’s not because I love to dance, or because I’ll miss the music of Bono, or because I haven’t been to Vienna yet,” Kathryn says of her desire to live. “There’s no why I want to stay. I just do.”

A ferocious page-turner with deep wells of compassion for the struggles of the living—and the sins of the dead.