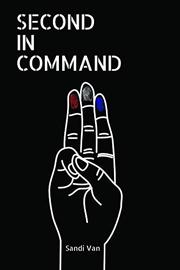 After his mother departs on a six-month tour of duty, 16-year-old Leo, his father, and his younger siblings, Jack and Reina, are left to cope.

Leo is on his way becoming an Eagle Scout, he wants to join the Summer Youth Police Academy, and he is committed to embodying the principles of the Scout Oath. His workaholic father, who is hardly ever home, sees him as the reliable one and gives Leo too much responsibility for the care of his siblings. Leo has always vowed to have Jack’s back, but when the 13-year-old starts acting out and gets in serious trouble, Leo finds it hard to hold up his end of the bargain. He becomes close to Zen, a girl who belongs to their support group for families of deployed military personnel, but that relationship is later put at risk. Leo must figure out how to help his brother while also pursuing his own dreams. In her heartfelt debut novel that explores the challenges facing military families left at home, Van effectively utilizes verse to impeccably convey the feelings of sadness, anger, displacement, and lack of belonging of young people on the brink of adulthood. Leo’s father is a Cuban immigrant, and Zen is Korean-American; other characters are assumed white.

Reluctant readers will enjoy exploring Leo’s loyalty to his family and ideals, strong threads woven through the fabric of this emotional story.