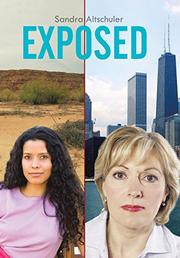 An automobile accident on New York City’s FDR Drive forever changes the lives of two families and forces a cultural clash between Manhattan’s upper-class Anglos and its immigrant Hispanic underclass.

Altschuler’s (Invisible Chains, 2012) second novel is ambitious in its scope, dealing with both the personal journey of rediscovery by a middle-aged woman and the legal minefields faced by undocumented immigrants. Additionally, it raises the provocative issue of using immigrants held in detention to staff sweatshop factories. The drama begins when Roisin Casey—wife, mother of two, professional manager in a pharmaceutical firm and comfortable member of Manhattan’s advantaged social and economic class—becomes momentarily distracted and swerves her car into a rather dilapidated truck driven by Juan Rodriguez, an undocumented immigrant and member of the city’s working poor. Wracked with guilt when Juan is arrested for having an expired driver’s license and learning that he faces deportation, Roisin feels compelled to help Juan’s wife and infant son. In the process, she finds she can no longer contain the growing dissatisfaction and emotional turmoil that has been roiling beneath the surface of her safe, exceedingly orderly life. The steps she takes to befriend Juan’s wife, Lourdes, threaten her own marriage and profoundly shake her family. The narrative is relayed through the alternating perspectives of the primary characters: Roisin, Juan, Lourdes, Juan’s brother Angel and, to a lesser extent, Roisin’s son, Warren. Altschuler is prone to exaggerating the good, the indifferent and the nasty in her characterizations, but her story is compelling and important. Unfortunately, the message is undermined by sloppy punctuation, which a solid copy edit could easily repair. Throughout the work, for example, the use of quotation marks is totally capricious. Often there are opening quotes but no closing quotes; sometimes there are no quotation marks at all. This oversight becomes even more confusing because characters frequently do not express their thoughts out loud, making it important to indicate when they are actually speaking. In such a compelling story, readers are likely to forgive a few errors, but another copy edit is still essential.

A unique, occasionally heartbreaking tale that offers a sliver of hope.