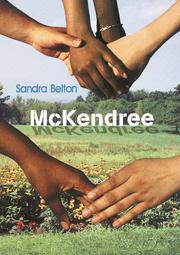 A period piece set in a small West Virginia town in 1948, this is an unusual coming-of-age story that is both culturally specific and universal. Fourteen-year-old Tilara, an African-American, “could see no other picture of herself but the one she always carried inside.” Surrounded by photographs of her dead mother with cream-colored skin and silky hair and by memories of china white dolls, shy, dark-skinned Tilara is convinced of her unattractiveness. When she visits her aunt, Tilara is headed for a rare summer of freedom from her controlling, though loving, father that will change both their lives. The action centers around McKendree, a home for elderly African-Americans, where teenagers meet each week to do “community service.” As told by Tilara and the others, this is also a tale of tangled summer romance, an element which transcends predictability as it unfolds entertainingly through the multiple perspectives of the characters. It is through the eyes of the likable, if manipulative, March that readers understand Tilara is beautiful. McKendree, by way of parallel, is a place whose purpose masks astonishing beauty. In the end, the romantic entanglements are realistically resolved and Tilara and her father have learned to see each other in new ways. The story is bracketed by an oblique, but key, poetic opening and closing. Although stereotypical standards of beauty are not limited to one race (“blondes have more fun”), what distinguishes this book is its honest exploration of prejudice as it existed within a culture—and perhaps still does. (Fiction. 10-14)