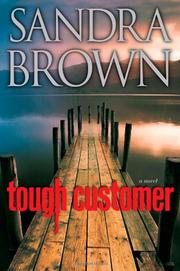 A manhunt for a homicidal stalker reunites an ex-cop and his long-lost daughter, in Brown’s latest thriller (Rainwater, 2009).

Private eye Dodge Hanley, who left the Houston police for Atlanta years before, is summoned back to Texas by his long-ago flame Caroline King, now a successful realtor. Caroline wants Dodge, who once rescued her from an abusive fiancé, to lend his sleuthing skills to find Oren Starks, the man who burst in on her daughter Berry and Berry’s co-worker Ben at Caroline’s lake house near the small town of Merritt. Shooting and wounding Ben, Oren fled, but not before vowing to murder Berry. A dismissed co-worker at the Houston marketing firm where Berry and Ben work, Oren was unhinged by his thwarted efforts to woo Berry and another colleague, Sally Buckland. Dodge (who, unbeknownst to Berry, is her father) and local deputy Ski Nyland join forces to track Oren down. Ski’s call to Sally finds her strangely reluctant to corroborate her previous claim of sexual harassment against Oren, perhaps because Oren has a gun to her head during the call. Despite a leg injury sustained at Caroline’s house, Oren confounds pursuers by somehow managing to be in several places at once. He breaks into a Merritt motel room, fatally wounding a teenager who surprises him there. Sally’s body is found hanging in the closet of Berry’s Houston home. Oren takes an elderly couple hostage in a campground, and kills again before disappearing into the Big Thicket, a treacherous, swampy national park. Brown’s trademark romance spiced with raunch serves her well as she orchestrates two parallel lust stories: Caroline’s and Dodge’s passionate but brief encounter in 1978, and the present frisson between Berry and Dodge’s younger doppelgänger, hard-boiled cop Ski. The narrative, slowed by too many talky scenes and descriptive filler, eventually rewards readers’ patience with a bang-up surprise ending.

Brown’s ear for Texas dialect and her earnest characterizations of cynical lawmen with stout hearts make for an enjoyable summer read.