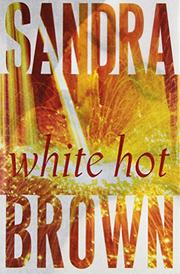 Sayre Hoyle doesn’t believe her brother Danny committed suicide, and she’s returned home to prove it—but it seems nothing ever changes in Destiny, Louisiana. The small town looks the same as ever, and the same good old boys are sitting in the same vinyl booths at the same diner, conniving and backstabbing and telling lies. Too bad one of them just happens to be Sayre’s daddy, Huff Hoyle. A self-made rich man in a poor parish, he owns a smoke-belching iron foundry, a hellish place that at least provides employment for the beaten-down men of Destiny. If industrial accidents do happen in one of ’em now and then, well, that’s God’s will. Tough-talking Huff don’t want the government OSHA boys anywhere near his foundry, and that goes double for union organizers and other un-American busybodies. Sayre’s heard it all before—and still doesn’t trust either him or her creepy older brother, Chris, who took so much pleasure in tormenting her when they were young. And there’s Huff’s new right-hand man, lawyer Beck Merchant, to contend with. What exactly does Beck stand to gain by his involvement with Huff and cronies? If only he weren’t so good-looking and sexy. . . . Back to the story: Did Slap Watkins, jug-eared, degenerate scion of inbred bayou-dwellers, kill gentleman Danny in a fit of rage when Danny refused to hire Slap’s fellow parolees? Nah. Slap doesn’t have the brains or coordination to kill a June bug. Back to the subplot: Will the tyrannical Huff resort to violence when his ironworkers defy him and go out on strike? And back to the reason Sayre hates Huff: He forced her to have an abortion, performed by an incompetent doctor who tied her, screaming, to the table in his back room. And now for the reason Beck hates Huff . . . .

Sluggish plot hemmed in by too much backstory and going-through-the-motions prose. Not Brown’s best.