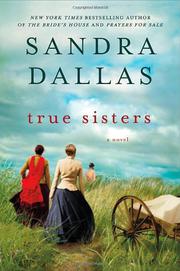 A calamitous chapter in American history is illustrated by the intertwined tales of four women who survived it.

The settling of the American West is full of stories, but one of its greatest tales of heroism and endurance is not well known. In the mid-1800s, Mormon leader Brigham Young instructed the followers of his new religion to leave their lives in the sinful Old World and travel to Zion, or Salt Lake, to what would one day be Utah. At his command, hundreds traveled to Iowa City, the westernmost point of the railroad, and constructed wooden handcarts, chosen for their economy, to make the 1,300-mile trek by foot. Despite the challenges—the wood was green and many, formerly city dwellers, were unfit for the journey—some groups traveled safely. Not so the Martin Company, 650 who set out in July 1856 to find ferocious heat, starvation and deadly winter storms before arriving. To illustrate this forgotten chapter, Dallas (The Bride's House, 2011, etc.) focuses on four women: Louisa, the adoring bride of a company leader; Anne, a non-Mormon who resents her convert husband for forcing her from an easy life in London; lovelorn Nannie, who travels to support her beloved, pregnant sister and brother-in-law; and Jessie, a self-reliant farm girl who chafes at the religion's strict rules. Together with a detailed cast of supporting characters, they bear and bury children and other loved ones, finding a kind of sisterhood and inner strength. They are further burdened (and bound) by the rampant sexism of the new faith, which encourages polygamy and views new women as "fresh fish." Dallas' vivid prose makes the journey's escalating hardships feel real, as Anne "no longer kept track of time or distance, just pushed the cart in a kind of daze, her mind as much a blur as the snow that fell." Readers enticed by the HBO program Big Love will be particularly interested in the origins of this insular community. This fact-based historical fiction, celebrating sisterhood and heroism, makes for a surefire winner.