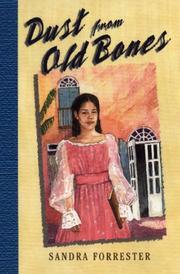 Far more engaging for its history than its story, this novel in the form of a diary never catches fire. The diary is 13-year-old Simone’s, writing from April to July 1838 in New Orleans. Simone and her extended family are “gens de couleur libre”—free people of color—of African and European parentage. Simone is perfecting her English, since French is her usual language; readers glimpse her pampered but insecure existence through her adolescent habits and desires. She loves her beautiful cousin Claire-Marie, as creamy-skinned as her father, a Creole aristocrat who also has a legal wife and children. Simone is fascinated by the slave Azura’s voudou practice, by her father’s stone carving, and most especially by her Tante Madelon, who sweeps in from Paris to visit Simone’s dying grandfather. It may be a weakness of the diary format that too many plot strands are told rather than shown: sibling rivalry among Simone’s mother and aunts; Tante Madelon betraying one niece while assisting another; Claire-Marie’s father abandoning her family with no support; Grandfather’s death bound with some dark family history; Simone’s tentative grasp of the horrors of slavery and her decision to aid Azura’s daughters. The novel is flawed by wispy characterizations and Simone’s whiny voice, but the preface and afterword tell of a fascinating and little-known piece of American history that may draw readers in. (Fiction. 10-14)