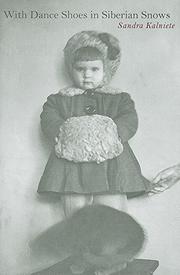 WITH DANCE SHOES IN SIBERIAN SNOWS

A Latvian activist affectingly reconstructs the tragic stories of her grandparents and parents, who were persecuted by the Soviet occupiers and deported to Siberia.

The prosperous Dreifelds and the working-class Kalnietis families were among the many Latvians blindsided by the signing of a nonaggression pact between the Soviet Union and Nazi Germany on Aug. 24, 1939. It divided Europe into two “spheres of influence,” and Latvia, along with Estonia and Lithuania, came under Soviet sway. Soviet military bases were established, an ominous mass repatriation of Germans followed and Latvia’s fragile 20-year-old independence was effectively eclipsed. Fourteen-year-old Ligita Dreifelde, the author’s mother, was arrested in the middle of the night on June 14, 1941, along with her mother and father. Wearing her precious dance shoes, she was transported in a cattle car crammed with 15,000 other unfortunates to the Siberian wilderness. She and her mother were separated from her father, who died shortly thereafter, though they did not officially learn his fate until 1990. They eked out a harsh living, and Ligita was granted permission to go home to Latvia in 1948. Toward the end of 1949, however, she was deported again, though not in time to reunite with her mother, who died alone on Feb. 4, 1950. In the Siberian village of Togur, Ligita met Aivars Kalnietis, exiled with his mother in March 1949 as the relatives of a “bandit.” (His father had joined the partisans resisting Soviet occupation in the countryside.) They married, and the author was born in Togur in1952. Her parents, forced to work in Soviet factories, vowed never to have another child: “We won’t give birth to any more slaves!” Although they were finally allowed to return to Latvia in 1957, the memories remained of their grim trials and the loved ones left behind in Siberian graves. Sometimes the author presents these trials in such dense detail that she loses sight of the bigger picture, but the diaries and eyewitness accounts offer a remarkable testimony of human fortitude.