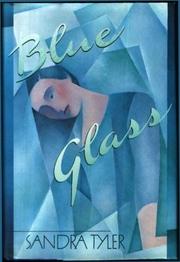 An unpretentious but accomplished first novel about the bittersweet relationship between a mother and a daughter, refreshingly free of either anger or sentimentality. Only child Leslie had loved her mother, Marion, without reserve. She delighted in her mother's love of birds and beautiful things, and in her ability to transform the mundane into the magical. Her mother gave the best birthday parties, was adored by all the neighborhood children, and was the most attentive of daughters to her own mother and father. But there is a serpent in every paradise, and little girls, even the most loving, soon turn into older and more critical adolescents, embarrassed by behavior once admired. Not only Leslie but father Dale begin to outgrow Marion's consuming love and need for reassurance. Insecure and timid, Marion is increasingly hurt when, over summers spent with grandparents in Connecticut and cousins on a lake, Leslie begins to demand more independence. But when Dale moves out, Leslie must cope with a devastated mother. And this she does, though at first it's not easy since she herself is suffering the usual turmoils of adolescence. Still, the two women adjust—``two women who have no alternative but to redefine ourselves''—and Marion slowly begins to create a more independent life for herself. At the same time Leslie realizes how little she knows her mother. As she prepares to leave home for college, she at last understands that her mother's ``love, when allowed to rest like a lion in the shade of a tree, could be peaceably admired for its beauty.'' Not major league, but one of those quietly compelling stories that touches the heart. A promising beginning.