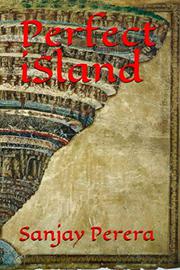 A dark future looms for a dystopian Singapore in this political horror novel.

Perera’s (Golem & Traum, 2018, etc.) book centers on Ben and Toni, a hopeful young couple who live in a bleak version of Singapore and try to keep up a bantering tone about the ruling Party’s increasingly draconian societal restrictions and penalties. Ben is a writer, but Toni is active in the opposition movement seeking to unseat the Party in the upcoming elections, and this introduces the story’s element of political intrigue. The author deepens that facet by taking readers deep inside the nefarious workings of the Party and all of its various ruling cabals. The Party secretly intends to manipulate a series of events in order to cancel the elections. Half of the momentum of the tale’s middle section involves the ever widening circle of evil lurking behind the Party: a sinister transnational corporation, a mysterious figure called The Gewgaw Man, and, ultimately, in one of the book’s crossovers into horror, a supernatural being named Azteroth. All of these players are working gleefully toward a totalitarian state (“It was going to be peachy”), which will be heralded by “The Rising,” a wave of smartphone-infected zombies (confusingly called “smombies”). The Party is thoroughly immoral, racist, anti-Semitic, and corrupt, believing in “price-is-right politicians” (“It is a simple matter of logic,” readers are told in an example of the book’s dry humor, “and it is also true, factual, obvious, manifest, crystal clear, undeniable, explicit, and bordering on a tautology”). The chilling parallels to current authoritarian politics are clear, including some admonishing notes about the monstrous indifference of the majority, who left Singapore (because of the “poppycock, lunacy, idiocy, incompetence, and utter moronic nature of The System”) rather than fight for the country. The author’s decision to end his narrative with two chapters consisting of long blocks of info-dumping is a bit bizarre and gives an already expositional tale a decidedly anticlimactic aftertaste. But the thinly veiled social commentary that propels the story is also its main source of interest.

A futuristic tale that’s light on drama and heavy on machinations.