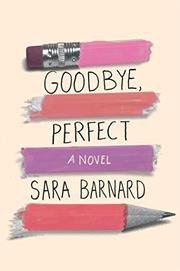 From the moment they met, when Eden, a British girl of “indeterminate-but-not-quite-white-enough” appearance, was 7 and the new girl at school with a new foster family, white, bright, confident Bonnie has been her best friend, her port of safety, the steady counterpart to her wild side. Now Eden’s 16, adopted by loving parents along with her biological younger sister and with a seemingly perfect older adoptive one. On the eve of their stressful GCSE exams, Bonnie, 15, sends Eden a text—she’s run off with her boyfriend, Jack, whom Eden has not only never met, but has suspected of being imaginary. Turns out Jack is Mr. Cohn, their 29-year-old music teacher, and Bonnie’s been having sex with him for months. Eden is horrified. But the only way she knows to repay Bonnie for her friendship is to stay silent, as days drag on and Bonnie continues to email Eden. Told entirely from Eden’s complex, lovely point-of-view, the novel never explains Bonnie or her actions. Rather, it uses Bonnie’s flight as a jumping-off point to explore Eden’s ideas about perfection, love, and her places in her family and the world. Eden’s healthy relationship with “sweet, quiet, and drama-free” boyfriend Connor is beautifully drawn, as is her growing realization that Bonnie’s “good” background gives her leeway and sympathy Eden herself would never receive.