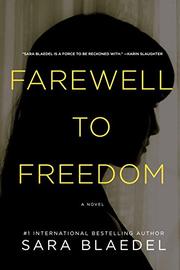 A low-voltage police thriller with predictable twists and turns riffs off the current rage for Scandinavian-based noir crime fiction.

Blaedel continues the adventures of Copenhagen police detective Louise Rick in this tepid installment centering on the overlapping worlds of prostitution and human trafficking. Rick, assigned to investigate the killing of a young woman believed to be an Eastern European prostitute found with her throat slashed in a city alleyway, gets a taste of what life on the streets is like for the hundreds of young women who make their ways to her city from places like Serbia and Croatia. Meanwhile, as Louise settles into the investigation, her best friend since high school, Camilla Lind, a crack reporter for a top newspaper, receives a call from her son that he and a friend of his have found a tiny baby in a church. Camilla rushes over to the church and assists police with the baby, then pitches her editor a story on Louise’s murder case. Although her editor is less impressed with the murder than the baby’s discovery, he reluctantly gives the go-ahead and soon Camilla, too, is deeply invested in the case of the dead young woman. Between Louise and Camilla, they enter a shadowy world where women are brought to Denmark and turned into sex slaves against their wills, working for pimps who abuse and sometimes kill them. As the two women discover, there is more than meets the eye in this case and the people they meet during the course of the investigation; things grow dangerous and Camilla finds herself inadvertently thrust into harm’s way. Hampered by a clunky translation, both the novel and the investigation are slow paced and populated with uninspiring characters that make the book a dull read.

Fans of the genre will not find this stripped-down, by-the-numbers plot and its shallow characters very mesmerizing.