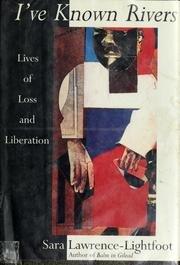 Lives of Loss and Liberation

A refreshing and inspiring look into the lives of six successful African-Americans. Lawrence-Lightfoot (Sociology/Harvard; Balm in Gilead, 1988, etc.) is perturbed by some sociologists' portrayal of the black middle class as ``materialistic bourgeois assimilationists.'' To counter that perception, she richly portrays six African-Americans. In extended conversations with her, they detail their experiences: the often riveting events that have molded their feelings about race, their attempts to negotiate the crossing between black and white society; the lives they have created for themselves, both personally and professionally. Among these exemplary people are: Toni Schiesler, a female candidate for the Episcopal priesthood; Charles Ogletree, a criminal defense lawyer and professor at Harvard Law School; Felton Earls, an epidemiologist and psychiatrist at Harvard's School of Public Health; and Cheryle Wills, entrepreneur and owner of radio and television stations. While all have achieved great success in their fields, their backgrounds differ widely. Schiesler was the illegitimate daughter of a rape victim. Earls, on the other hand, was born into a solidly middle-class family that had deep roots in New Orleans. Yet a few themes do recur. One is the cultural obsession with skin color among middle-class blacks, and a caste system favoring lighter complexions. Another theme is their intense empathy for less fortunate African-Americans. All six claim to understand the rage that surfaced in L.A. in 1992—seeing the riots as symptomatic of racism in American society. ``It wasn't senseless...it was the decades of brutalization,'' says Wills. The book doesn't present a full picture of the black middle class, with its diverse approaches to politics and debates about assimilation—but it doesn't claim to. Lawrence-Lightfoot presents successful people determined to remember where they—individually and as a people—came from, and she brings her formidable storytelling gifts to their lives. (Book- of-the-Month Club main selection; author tour)