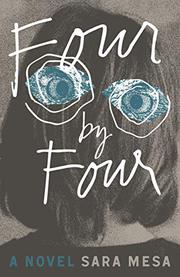 The grim truth about a boarding school gradually unfolds through shifting perspectives and various found documents.

Spanish writer Mesa writes of power struggles at Wybrany College, an elite boarding school where the wealthy send their children to protect them from the violence of the city. Part 1 opens with an escape attempt by several of the schoolgirls. Their fear of being caught belies the school’s ambiance of freedom. In subsequent chapters, we learn of the relationships among the headmaster, Señor J., his underlings, and his students. Relationships between adults at the school involve private humiliation and subjugation. The relationships among the children mirror those of the adults. Señor J. takes on a protégé, a boy with disabilities: “The Headmaster is drawn to his submission, that passive acceptance of his fate.” The student, Ignacio, is transformed from passivity to confidence through his relationship with Señor J. and then begins to subjugate his peers. At the school, everyone seems to “barter with love, with desire.” Relationships are transactional. There are hierarchies: between teachers and students and between the regular students and the “Specials,” or students on scholarship. Several students and a teacher go missing. The teacher’s replacement, who's the narrator of Part 2, is a wannabe writer posing as a licensed educator. He senses from early on that something is hidden within the school—a set of rules, perhaps, or something more sinister. “There’s an unhealthy stillness,” he writes, “something crouching behind the silence.” As the substitute gets closer to the truth he learns what danger lies in revealing the school’s secrets. A coda, in the form of fiction written by the teacher whom the substitute replaces, shines a light on the school’s opaque systems and secrets.

A meticulously constructed and chilling study of desire and influence.