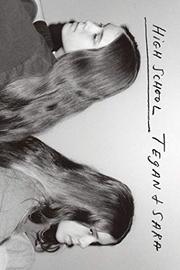 A coming-of-age memoir about how the Canadian twin sisters became successful recording artists.

When they started high school, Tegan and Sara Quin considered themselves oddballs, outcasts, and misfits. They were big music fans—Nirvana, Green Day, the Smashing Pumpkins—but had no particular musical aspirations. Other than being identical twins, there was not much to distinguish them from other teenagers trying to navigate the awkward years—certainly nothing to suggest that they would soon become young recording stars and icons of the burgeoning LGBTQ community. These were pivotal years for the sisters, and their musical success would prove transformative. However, music almost seems like an afterthought here, as the authors proceed in alternating chapters to show how their experience was fairly typical. They did lots of drugs, got blackout drunk on occasion, went to parties that got out of control, experienced their sexual awakenings, and wrestled with their sexual identities. Both had boyfriends and girlfriends, and both struggled with the issue of whether a particular girl was her best friend or something more. They also fought a lot. The music came when they found a guitar that belonged to their stepfather and separately began writing songs and then harmonizing with each other’s songs. The sisters also hid many of their experiences from each other, so it proved cathartic to write and share. “I wrote lyrics that sometimes felt too close to the bone,” remembers Sara, recalling how the unraveling of her relationship with her girlfriend contributed to her songwriting surge. After arranging the song with her sister, she writes, “when we finished, I felt lighter.” Their friends became fans of their music, and a self-recorded cassette helped expand that fandom. Winning a prestigious talent contest earned them studio time, and they marked their 18th birthdays by signing with one of the recording labels that had been pursuing them.

A solid memoir mostly for fans of the band.