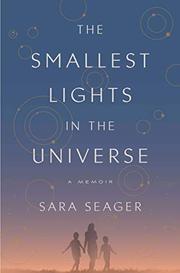 THE SMALLEST LIGHTS IN THE UNIVERSE

The memoir of an astrophysicist whose extraordinary accomplishments reflect her exceptional complexity.

As a scientist, Seager has achieved considerable renown. She won the prestigious Sackler International Prize in Physics as well as a MacArthur fellowship, and she was named by Time as “one of the twenty-five most influential people in space.” Her prominence and how she achieved it would merit a book about her, but her personal struggles fitting in and finding a balance between her work and life are what make this memoir so compelling, even for readers who know little about science. For someone who has devoted so much of her life to exploring the possibility of life on other planets, which she believes is almost a mathematical certainty, it was a more personal discovery—that she was autistic—that made her feel like “I’d been struck by something, a physical impact. So much of my life suddenly made sense.” It wasn’t until the public’s response to an extensive personal profile in the New York Times Magazine that Seager realized that her “feelings of otherness” and her inabilities to connect with others and to feel like she belonged were part of her diagnosis. This book obviously goes much deeper into how she found her vocation after something of a wayward, “vagabond adolescence” in Canada and how she and her husband started a family (two boys, three cats) that eventually felt like “our own solar system”—until his terminal cancer left the author feeling like one of the “rogue planets” to which she had devoted her scientific research. Seager also engagingly explores how a widows’ group that she was reluctant to join showed her that she was not alone and how finding her second husband opened a whole new world within her. The interior journey she traces here is as extraordinary as her scientific career.

A singular scientist has written a singular account of her life and work.