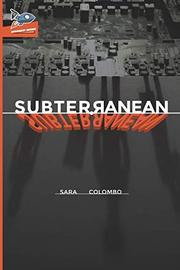 In this dystopian novel, a counselor searches for his missing girlfriend, a tech heiress who was raised off the grid.

In America’s near future, Ronnie recently lost his job as a children’s librarian, and he was replaced by a robot. Now he has a new position, counseling people who have lost their jobs to robots. His first client is Colin, but they’ve barely started when RIFF23, Ronnie’s personal robot, informs him that his girlfriend, Hilary Francesca Mills, is missing. Ronnie and Hil haven’t spoken since they had a fight two days ago. Hil’s parents, despite owing their own wealth to a high-tech invention, the Selfie Mirror, kept their daughter away from all things “virtual.” Unlike anyone else Ronnie knows, Hil has never owned a smartphonelike Screen or created a social media profile; instead, the duo have communicated by landline (her phone number is 2). This makes Hil hard to track down, so Ronnie, RIFF23, and Colin go in search of her along with others whom they pick up along the way. Their investigations into fringe communities, such as UFO believers and 1990s rave re-enactors, suggest that Hil is at an anti-technology commune at Walden Pond called “HDT,” after Henry David Thoreau. Under the control of Johns Calum, a charismatic leader who’s also Hil’s ex-boyfriend, HDT has become a radical organization—and Johns has shady plans for Hil. A rescue operation develops, but will Hil be able to avoid becoming a pawn in Johns’ game? In her debut novel, Colombo tells an absorbing adventure yarn that satirizes American society by exaggerating the relentless logging of personal experiences on Instagram and other social media platforms. In this future world, people are obsessed with TV shows such as The X-Files and Buffy the Vampire Slayer; one rich man decorates his yard to resemble a graveyard in the latter’s town of Sunnydale. Although the satire is effective, it’s also a bit disappointing not to see a fresher, more forward-looking vision of the future. Still, Colombo’s characterization is strong; the portrait of HDT’s founder, Losi West, is especially well-rounded and poignant. Also, the author’s portrayal of the universal desire for connection is vividly real, moving, and relatable.