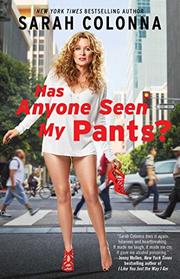 HAS ANYONE SEEN MY PANTS?

A stand-up comedian with a successful career grapples with the problem of finding balance in her private life.

At 35, Colonna was in the driver’s seat, at least professionally. But in her personal life, a long-term, live-in relationship had just ended, and she was alone. Uninterested in meeting new men at bars and with little free time to spare, Colonna “recycled” an ex-lover who she soon realized was as unsatisfyingly immature as ever. Loneliness was not the problem; Colonna “really enjoy[ed] living on [her] own.” Part of the difficulty of being a 30-something single had to do with the fact that anytime she wanted to do anything socially, most of her potential female companions were occupied with husbands and children. Worse still, whenever she did go out or travel with a woman, she often found others quietly, and sometimes not so quietly, speculating that she was gay. So Colonna made the most of being single and tried new things, like meeting up with men she flirted with on Twitter, getting set up on blind dates by well-meaning friends and accepting the advances of obsessed male fans after her shows. Eventually, and with her ambivalent blessing, a married friend assumed the comedian’s identity and went online to look for the dates her friend had no time to arrange. But love would come to her on its own terms and in its own way when a football player temperamentally so like Colonna that he seemed “created in a lab for [her]” found the comedian through a mutual friend. That the author can look at herself and her dating mishaps with honesty and self-deprecating humor is perhaps the greatest strength of this occasionally frivolous but mostly enjoyable book. That she was also able to find, and genuinely appreciate, the love for which she had been searching is an added bonus.

A bitingly candid memoir with a happy ending.