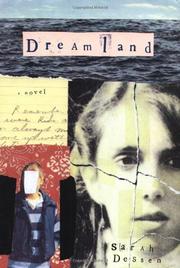 A teenager opts for the bad-choice route out of her “perfect” older sister’s shadow in this intense, exhausting tale from the author of Keeping the Moon (1999). Caitlin has always felt semi-invisible next to soccer star–senior class president–Homecoming Queen Cass, and that doesn’t change in any important way when Cass suddenly takes off with a male friend for New York, leaving their mother Margaret, inconsolably fretful and distracted. When not even a successful bid to make the cheerleading squad earns Caitlin more than fitful parental attention, she plunges into faster waters, hooking up with Rogerson, a fifth-year senior with a police record, a BMW, and a thriving business dealing pot. At first it’s an exciting ride, filled with new friends and experiences, but Caitlin’s dream soon twists into nightmare. So dependent does her emotional state become on Rogerson’s ups and downs that even when he starts slapping her around, she hides the bruises and retreats into numb isolation, feeling trapped but lacking the will to escape. Dessen’s characters are familiar but not entirely typecast, which adds flavor to their interactions—though they are paired off into stable and unstable relationships in a rather deliberate way. Caitlin finally gets the help she needs to break free after Rogerson furiously beats her in public, and piece-by-piece she rebuilds her self-respect in rehab, with the help of a liberating letter from Cass. Her descent and recovery come in believable stages, and though Rogerson is definitely the villain here, the author gives readers reason to spare a dash (a very small dash) of sympathy for him, too. (Fiction. YA)