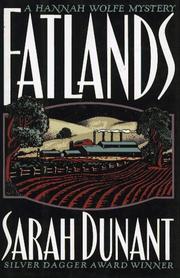 If you knew when you agreed to take an outrageous sum for serving as 14-year-old Mattie Shepherd's chaperon for a day of birthday shopping in London that her absent father was the target of an intensive campaign of threatening letters, what precautions would you take? Unless you guessed ``check under her father's car for bombs,'' you wouldn't have done any better than Hannah Wolfe (Burn Marks, 1992), who ends up stammering dazed condolences to Tom Shepherd (who acts more dazed than her). But the more closely Hannah looks into Mattie's death, the less likely it seems that animal-rights activists killed her in a straightforward mistake for her father, head of cancer research for Vandamed, a well-known chemical giant, and supervisor of unnumbered deaths of test animals. Mattie had been buying sexy lingerie for herself, not for her friend Helen; her father hadn't called to say he couldn't find the theater tickets; and the bomb that killed her was wired to the ignition, not the car door. Asking nosy questions about the effects of a new Vandamed feed additive on the pigs who've sampled it gets Hannah beaten up. But neither she nor the legion of readers who can't believe Vandamed is quite the tight little ship it seems will be prepared for the ferocity of the climax. Fine work from Hannah, the most successful of the current British Femmes with Attitude, and her creator, with a finale that's a stunner. If you can sit down to your bacon and eggs the morning after this one, you are incorrigible.