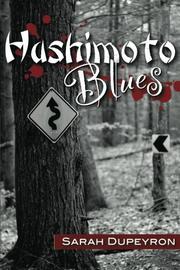 A plainspoken hero stars in Dupeyron’s debut, a crime thriller/romance.

“I took one last peek inside the box. As horrible as it was, I couldn’t stop looking,” says Ellie Fox, who speaks and thinks clearly and doesn’t spare her own feelings. She narrates with no extraneous details or poetic musings. By introducing Ellie’s crisis immediately, but not sharing too many details, Dupeyron jump-starts her novel. Ellie’s a sympathetic but tough character, a teenage runaway whose path takes her into some dark places. She smuggles drugs and journeys into increasingly serious criminal activity. She’s honest about being a criminal and acknowledges that her lifestyle has its risks, but she’s somebody whom readers will probably like since she isn’t a bad person, just a law-breaking one. After running away from home, she was raised by her mentor, who just happened to be a thug. She learns to smuggle drugs and is very good at it too. Along the way, she meets Max Cameron—a fellow protégé of Ellie’s mentor—with whom she easily falls in love. Unfortunately, his plan to steal something very valuable from a crime lord backfires, and the two of them must go on the run. The antagonist, Hashimoto, is the sort of villain that sends packages with gruesome contents, and he stays off-screen for a large portion of the book. This shows good judgment on the part of the author, and Hashimoto becomes a scarier monster since nobody knows whom he might be. The lesson of not messing with ruthless people might be an old one, but Dupeyron keeps it lively with the romance and banter between Max and Ellie. There are a few small typos, but these aren’t enough to distract.

For fans of romantic thrillers and adventure with looming bad guys.