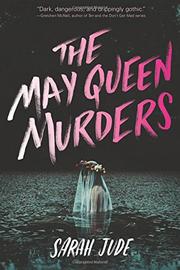 THE MAY QUEEN MURDERS

Shy, quiet, and content with the simple way of life in Rowan’s Glen—a back-to-the-land commune in the Missouri Ozarks— teen Ivy Templeton is the exact opposite of her cousin Heather, and Ivy resents the growing separation between herself and the girl she once called a sister and best friend.

When the Glen revives the May Day celebration after 20-plus years, Ivy, whose father is white and mother is Mexican, isn’t surprised when Heather is chosen to be the new May Queen. And some of the Glen’s elders are even less surprised when Heather vanishes after the celebration, which eerily echoes the disappearance and murder of the last May Queen. This present-day mystery is ripe with superstition and serves up an atmospheric, authentic-feeling setting, but it suffers in the characterization department. Too many of the villains have flat, uncomplicated motives, and teen readers might have difficulty relating to Ivy in particular. Her narrative voice doesn’t ring true, and her behavior is inconsistent: she is by turns a shy, stuttering girl and a swearing, blunt woman who is not bashful about sex and drug use. In the end, the book reads much more like an adult romance and/or mystery novel than a novel for teens.

While the book holds an appeal for adult readers of teen books, it might be hard-pressed to find fans in its target audience.