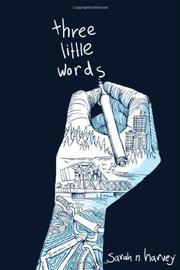 Sid, 16, is an odd, orderly soul. He wears black T-shirts and jeans exclusively, sketches obsessively, hangs out with his best friend, Chloe, and helps out with Caleb and Megan’s other foster kids on their peaceful British Columbia island.

At age 2, Sid (short for Siddhartha) was taken from his bipolar mother, Devi, who’d neglected him; now only his private sketchbooks hint at his difficult history. After he shares these with mute, traumatized foster child Fariza, they create stories together, a healing process interrupted when Devi’s friend Phil arrives. Sid learns he has a 13-year-old half brother, Wain (short for Gawain), who’s gone missing. Phil enlists Sid’s help in searching for him in Victoria. There, Sid discovers the source of his artistic gifts, meets his congenial grandmother and easily locates his brother, who’s touchy, sullen and black. Many questions go unasked and unanswered. Why, after 14 years, haven’t Sid’s foster parents adopted him? Do the boys ever think about their birth fathers? What is it like to be the black son of a white mother in such a white world? Appealing, original characters—especially Sid, eccentric but high-functioning—are a strong suit.