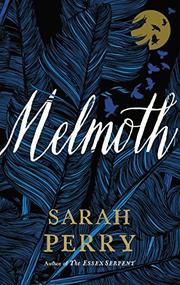 Haunted by past misdeeds, a self-exiled English translator encounters the uncanny in snow-covered Prague.

Helen Franklin doesn’t deserve joy, so she arranges her own “rituals of discomfort: the uncovered mattress, the unheated room, the bitter tea,” the modern-day equivalents of wearing a hair shirt. When one of her few friends, the scholar Karel Pražan, stops her on the street to share his discovery of a strange manuscript, Helen begins to suspect her past has caught up with her at last. The manuscript contains tales from many sources, and they all detail horrors in various degrees: a young Austrian boy who gets his neighbors sent to concentration camps during World War II, a 16th-century Protestant in Tudor England striving to retain her faith in the face of persecution, a 19th-century Turkish bureaucrat responsible for writing a memo used to justify the detention of Armenian families. In each of these tales lurks the spectral figure of Melmoth, a witness “cursed to wander the earth without home or respite, until Christ comes again.” But why does steady, practical Helen Franklin feel Melmoth’s “cold gaze passing at the nape of her neck”—and what misdeeds from her past have pushed her to the brink of exhaustion? While Helen’s friends—the sharp, wry Thea, a former barrister, the cranky landlord Albína, and the saintly Adaya—worry, the beseeching hand of Melmoth grows ever closer. In rich, lyrical prose, Perry (The Essex Serpent, 2017, etc.) weaves history and myth, human frailty and compassion, into an affecting gothic morality tale for 2018. Like David Mitchell and Sarah Waters, Perry is changing what a modern-day ghost story can look like, challenging her readers to confront the realities of worldwide suffering from which fiction is so often an escape.

A chilling novel about confronting our complicity in past atrocities—and retaining the strength and moral courage to strive for the future.