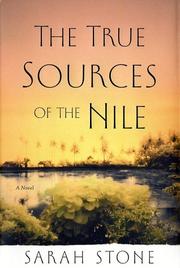 THE TRUE SOURCES OF THE NILE

A first novel, Africa- and California-set, fails to engage as it tackles big themes—genocide, cultural difference, wartime love—in an affair between a Tutsi and an American activist.

At its heart, it’s a story that should bring out the hankies, as well as provoke serious thinking about the heavy hand of the past, revenge, and loyalty, but instead its narrative power is lost in often repetitive descriptions—no sunset or sexual encounter going unremarked. The protagonists, further, seem under-realized, especially the narrator, Anne, who for a seasoned activist is extraordinarily naïve. A Californian in her mid-30s, she has gone to Burundi to be an AIDS educator. It’s the early 1990s, and in the capital, Bujumbura (where the author lived from 1991–93), democratic government seems possible after years of postcolonial turmoil. When Anne, burned out by her AIDS work, joins Free Africa, an organization promoting democracy, she meets elegant and charismatic Jean-Pierre, a high-level Tutsi official. The two soon become lovers, and there is even talk of marriage. But Burundi’s long history of violence between the dominant Tutsis and the smaller Hutus, who traditionally have been treated as servants, comes to a head in 1993 as civil war breaks out. Amid brutal killings that are in fact genocide, women and children are deliberately not spared—and a horrified Anne realizes that Jean-Pierre is also participating in the mayhem. Though soon evacuated back to the US, she naively hopes that away from Burundi and its pressures, her love will endure. At Christmas, a somber Jean -Pierre comes to visit in California, where, haunted by images of violence and death, as well as by conflicting loyalties, the two try to reconnect.

An ambitious look at a serious subject that promises much but, disappointingly, delivers little.