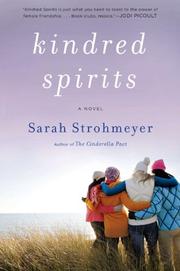 Three women carry out the last wishes of their friend, discovering secrets, shedding inhibitions and inventing new martinis along the way.

To combat PTA pettiness, four friends, all residing in the idyllic lakeside town of Marshfield, Conn., are inspired by a musty cookbook, penned by a long-ago Marshfield clubwoman, to form the Ladies Society for the Conservation of Martinis. They bond over Cosmos, Blue Martinis and classic James Bond or Rat Pack concoctions while battling various crises in their lives. Now, though, the crises have the upper hand. Carol precipitously left her husband Jeff to resume her legal career in New York City, resulting in an ill-considered divorce. Now her ex-husband is insisting on selling their Marshfield house, and Carol’s daughter Amanda is not speaking to her. Mary Kay, who raised her orphaned niece Tiffany as her own, has been concealing her infertility from her live-in partner and soon-to-be fiancé, Drake. Beth is juggling her ailing elderly father’s health issues with no assistance, only criticism, from a controlling out-of-town sister. Worst of all, the society’s founder, Lynne, has run out of options in her battle against cancer. Employing a combination of Blue Martinis and morphine, she commits suicide, leaving a letter for her friends to find. That letter instructs them to look for the daughter that, as a teenager in Pennsylvania, Lynne had been forced to give up for adoption. The women track down Lynne’s mother and aunt, and thanks to Beth’s skills as a librarian, turn up a crucial clue that Lynne herself had withheld. As they zero in on their quarry, spreading unwelcome news all over Pennsylvania, the women have plenty of opportunity to indulge in all manner of martinis (recipes included). The lighthearted conventions of the midlife girl-power road trip (no driving while intoxicated depicted) often clash with the downright depressing subject matter, as the myriad ways in which parents, spouses and children can become estranged are picked apart.

A hackneyed concept which gains little in this tepid treatment.