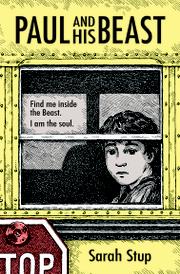 Paul and His Beast

This middle school novel explores the perspective of a sixth-grade boy with autism trying to fit in with neurotypical classmates.

Paul Stephens just wants to be normal. That’s why he asked to be transferred from his special school for children with disabilities to Beacon Middle School, which he hopes will turn him into a regular kid. But having autism means he’s easily overwhelmed by sounds, sights, people, and new situations, and being overwhelmed brings out Paul’s “Beast”—“the behaviors of autism itself,” such as sniffing things, humming, and maintaining routines (sitting in the same chair, naming all the streets on his bus route). Though some teachers and kids are kind, many tease him or just don’t understand; Paul himself doesn’t always understand why he can’t help himself. “My body never does what I tell it,” he thinks to himself. When Beacon Middle School gives a training program on what it’s like to be autistic, his classmates experience for themselves what a typical class hour is like for Paul: competing visual and auditory distractions make it almost impossible to pay attention. Before long, many students become distracted and distressed, so aides yell into their faces: “It’s all right! Don’t be so nervous!” After this eye-opening session, many students and teachers are more open to making accommodations, and Paul finds he can advocate for himself better, reducing his need for the Beast’s protection. Stup, who has autism and types to speak, presents an understandable child’s-eye view of the condition, poignantly capturing both Paul’s need and hate for the Beast. Her characterization is three-dimensional; for example, Paul’s autism doesn’t make him saintly, and popular kids aren’t always jerks. By including Tim, a character with autism who is nonverbal, Stup acknowledges the condition’s spectrum. She also provides empathetic sketches of how frustrating autism can be for neurotypicals while stressing that accommodation is for everyone. Extras include a readers’ guide, suggestions for activities, and tips for welcoming people with disabilities.

Entertaining, accessible, and beautifully lucid look at what it’s like to have autism.