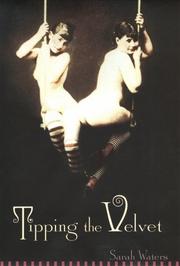 Echoes of Tom Jones, Great Expectations, and anonymous confessional pornography resound throughout this richly entertaining first novel from England: the picaresque tale of its lesbian heroine’s progress through several levels of both polite and refreshingly impolite Victorian society. Nancy Astley has been plucked away from her close-knit family of fishmongers in seaside Whitstable and whisked off to London as (unofficial) “dresser” to music-hall entertainer Kitty Butler——the girl what dresses up as a feller— and the first love of stagestruck Nancy’s young life. Before she’s 20, she’s become the coquettish Kitty’s lover and also her stage partner, “fellow” male impersonator “Nan King.” All is bliss until Kitty protects her reputation by escaping into marriage, and the abandoned Nancy finds work posing as a male street prostitute (or “renter”) and undergoing undreamt-of sexual permutations and indignities as the girl/boytoy of lustful widow Diana Lethaby (at the latter’s posh mansion, Felicity Place, and among jaded members of the militantly sapphic Cavendish Club) before seeking, losing, then reclaiming true love with selfless “charity visitor” Florence Banner and finding her own voice as a fledgling Socialist. Marred only by a jerry-rigged conclusion in which the repentant Kitty is in effect punished for having concealed her sexuality, Waters’s debut offers terrific entertainment: swiftly paced, crammed with colorful depictions of 1890s London and vividly sketched Dickensian supporting characters (Nancy’s kindly parents recall the genial fisherfolk of David Copperfield), pulsating with highly charged (and explicitly presented) erotic heat. And Nancy’s conflicted feelings—between the “desperate pleasures” to which she’s drawn and her equally strong desire to become “a regular girl . . . again——are quite movingly delineated. A perfect fictional equivalent to such eye-opening standard works as Frank Harris’s My Life and Loves and Steven Marcus’s The Other Victorians—and a rather formidable debut.