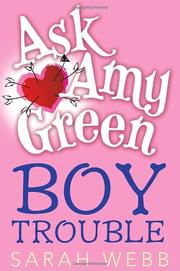 Despite some unfamiliar language, this bubbly piece of middle-grade Irish chick-lit will have no trouble crossing the pond. The lightly humorous and good-spirited tale—even the villains are only mildly mean—centers on a 13-year-old girl named Amy who is beset with a million persnickety problems and one awesome asset. Her problems include two complex stepfamilies, the desertion of her best friend to a higher-status crowd and her awakening feelings for an outsider boy. Her asset is Clover, her 17-year-old can-do aunt with a mission, which includes helping Amy with all of her difficulties even if it means creating some new ones. That mission derives from Clover's job as an "agony aunt" at a teen magazine, and with Amy firmly in tow, she goes out into the real world and attempts to solve her readers' problems, which frequently involves revenge. The story starts off slow and initially feels familiar, but as the characters and situations develop, it builds momentum, interest and fizz. Good fun. (Fiction. 11-14)