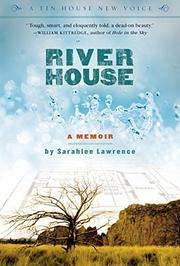 Returning home to build a house and a life proves to be a bittersweet experience for Lawrence, a farmer making her writing debut.

The author was a globetrotting river guide living in Chile when a visit from her father awakened her to something amiss. He worked the family farm in central Oregon and wanted nothing more than to get away from the ranch to surf at the beach. She was living a dream, he reminded her. She hadn’t made the effort to learn the language, and she wasn’t making the connections. “In fact,” her father told her, “you don’t even deserve to be here.” That stung, for Lawrence both loved her father and held him in high esteem. After some serious reflection, she decided to return home, build a house and establish herself at the ranch and in the community. In limpid, emotional prose, the author writes about constructing her cabin with her father during five mean winter months, during which he taught her about the art of building. “Listen to that saw,” he said. “It’s talking to you all the time…Tools have their space just like a partner in a dance. The space should be rigid and respected.” But as Lawrence gradually melded into place, her father slowly fell away, unhinged by too many years denying his dream of riding long curls off the Mexican coast—and by too many years behind the hash pipe. As this push-pull of father, daughter, mother and place makes its melancholic way, the author sprinkles the story with lovely images: surfing an irrigation canal, seeing a mountain lion at close range, breaking the ice in the horses’ troughs, constructing a neighborhood pipeline.

It’s messy, this building of houses and relationships, but the experiences give this memoir an existential grace.