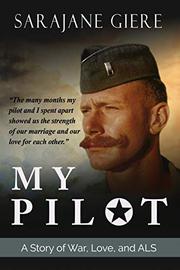 A Story of War, Love, and ALS

A woman recalls her life—never dull and sometimes terrifying—as an Air Force wife in this memoir.

When Giere married Bernie, the uncertainty of their lives presented itself as a source of adventure rather than anxiety: “We were so much in love that we never questioned what the future would bring.” But Bernie, an Air Force pilot, was eventually sent to Vietnam with the 557th Squadron, a separation that weighed heavily on the author, only 25 years old at the time. She was responsible for tending to their young daughter and preparing for the arrival of another child. Giere did her best to manage her fears—she played bridge, joined a Bible study group, prayed—but nevertheless remained scared her husband, like so many other pilots, would not return. The author movingly depicts her predicament, which became intensely real to her when she learned another Air Force wife lost her husband in Vietnam: “After that the vulnerability of a pilot’s life became a reality that helped define my role in this new war experience. My friends from the past, who carried on their civilian lives as if there were no Vietnam, seemed disconnected, foreign.” Giere poignantly chronicles her eventful marriage, including the years following Bernie’s deployment to Vietnam and his struggle with ALS (Lou Gehrig’s disease). Still, her husband’s stretch of time overseas forms the dramatic backbone of the memoir. The author charmingly strikes an informal register, an anecdotal casualness that forges an even greater intimacy with readers in this admirably candid remembrance. And while of course she did not serve in Vietnam herself, she relates Bernie’s experiences, through conversations and letters, so vividly that readers receive a captivating peek into a soldier’s life there. This is an endearing reminiscence, a kind of love letter from the author to her husband, both sweet and wise.

An affecting recollection of a memorable marriage.