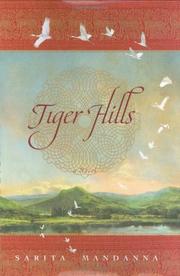 Star-crossed lovers in India at the turn of the 20th century, drawn from first-time novelist Mandanna’s family history.

In the lush region of Coorg in southwestern India, three interrelated noble families, the Nachimandas, Kambeymadas and Palladas, dominate a bucolic mountain valley. A flight of herons marks the birth of Devi, whom her grandmother Tayi recognizes as a special child. Similarly, herons are present when young Machu, a scion of the Kambeymadas, admires baby Devi's lungpower. Devi grows up with her cousin Devanna, who is adopted by her father after his mother’s suicide. The two are inseparable playmates, until Devanna’s burgeoning interest in botany and scholarly mien attracts a mentor, Reverend Gundert, the founder of a nearby mission school. Devi, a beauty, has a long history with Machu. At ten, she attends a tiger wedding celebrating Machu’s daring conquest of a tiger. From thence Machu will be known as the “tiger killer.” For years, Devi, determined to wed Machu, refuses proposals from many other suitors. Devanna, meanwhile, excels at his studies, and Gundert secures his admission to Bangalore Medical College, where he is mercilessly hazed by upperclassmen who envy his genius. Although the attraction between Machu and Devi is palpable, he won’t acknowledge it because he has, to honor a Hindu god, vowed to remain celibate for 12 years. However, Devi promises to wait for him, and in the meantime they meet in the jungle for chaste but impassioned encounters. Devanna, who has always loved Devi, is driven mad when his tormentors sodomize him and murder his beloved pet. Returning home blind drunk, he rapes Devi, and her family can find no other solution than to force a marriage between them. She gives birth to a son, Nanjappa. Sworn to secrecy by Tayi, Devi cannot reveal to the devastated Machu why she broke her promise. Tragic consequences ensue, which will alter the destinies of the three clans.