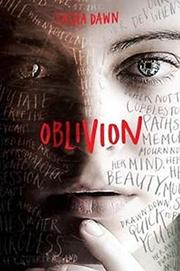 Callie, 16, suffers from graphomania, a debilitating mental disorder characterized by an irresistible urge to write, in this psychological thriller.

Callie’s chaotic writing comes across as poetic, but her therapist and the local police believe she’s trying to remember a traumatic event that occurred one year ago: Her father, fire-breathing pastor of a fundamentalist church, may have kidnapped a young girl. No one knows if either is dead or alive, but whatever Callie experienced was too disturbing to remember. Now living with a wealthy foster family, Callie copes with a newly strained relationship with her foster sister, who loves John—who finds himself far more attracted to Callie. Meanwhile, Callie meets Elijah for sex in a room above the old cafe where her mentally ill mother used to read tarot cards. As events trigger emerging memories for Callie, she begins to believe she can eventually solve the case. When she succeeds, however, far more trauma comes to light. Dawn weaves Callie’s memories and her uncontrolled writing into a tapestry that slowly begins to form answers and uncovers a crime more monstrous than Callie could have foreseen or remembered. The story works on two levels: as a psychological mystery and as a story of Callie’s rocky relationships with her sister and boyfriends, always grounding her difficulties in reality.