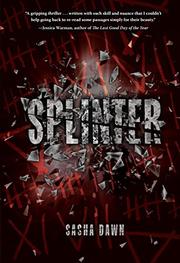 Every time some new development in the still-open case surfaces, the white teen must dodge the stares of her classmates and the presence of the news media on her lawn. She was 6 when her mother disappeared, and she struggles to remember the events of that day. Meanwhile, although the police have always suspected her father, the detective on the case urges her to keep an open mind even when events again point to her father as the guilty party, and Sami begins, finally, to believe that it might be possible. She develops an ever closer friendship with the handsome nephew of their neighbor, also once a suspect. Even after 10 years a cascade of new evidence turns up. Although Sami dutifully reports everything to the police, nevertheless she ultimately finds herself in great danger even as she realizes who the true culprit might be. Dawn keeps pouring in new facts and new speculations as she winds her way through the labyrinth of evidence and suspicions she builds into her narrative. Present-tense narrator Sami reveals enough of other characters to give them depth and plausibly build the psychological suspense.