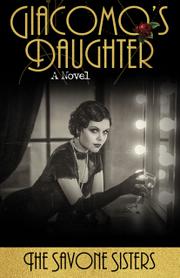 From the The Sofia Spera Trilogy series, volume 1

by The Savone Sisters

A young woman of the 1920s must rely on her own savvy and wiles if she’s to escape her abusive mobster husband in this debut novel.

Eighteen-year-old newlywed Sofia Spera, now Mrs. Denaro, plans a picnic on the lake with her husband, Max. It’s a rare night off for him, as he’s the second-in-command of the Scalici Squad, a faction of the Detroit Italian Mafia. Sofia hopes the two can enjoy a quiet meal and a little intimacy. However, when their conversation turns to their courtship, Max’s recollection of meeting Sofia at the Book–Cadillac Hotel, where she was a temporary backup singer, doesn’t remotely resemble hers. Unlike Max’s romantic account, Sofia’s memory is that he took her back to his place and forced himself on her. In fact, Max has been incessantly abusive during their time together, including in his proposal. Sofia has looked for support, but it seems everyone is afraid of Max and his gangster connections, and even her overprotective Sicilian father, Giacomo, is helpless. As Max goes to terrifying lengths to ensure that Sofia is his and his only, Sofia realizes that she has no choice but to help herself, however dark that option may be. The Savone Sisters skillfully craft a timeline-hopping narrative told predominantly through flashbacks; though scenes don’t unfold chronologically, they’re coherent and cohesive. Sofia’s predicament is painful, but it’s invigorating to watch her garner strength, using noticeably different tactics than her repugnant spouse does. Although it’s clear where Sofia’s “mission” is headed, the story is often surprising, with both promising and tragic turns. In their first book in the planned Sofia Spera trilogy, the Savone Sisters aptly detail the time period and enrich the story with lavish prose: “The dark mahogany walls of the grand ballroom dripped with gorgeous overflowing arrays of white and red gladiolus flowers with soft blush pink Tiffany roses.”

First-rate historical fiction about the mistreated wife of a Detroit gangster during the Roaring ’20s.