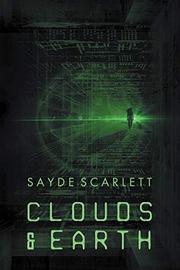 A victorious but haunted commando of the future, adrift after her services are no longer needed for combat, becomes lured into unethical corporate espionage missions by a megalomaniac tycoon.

This sci-fi novel from poet/author Scarlett (Love Crimes, 2017) is set 150 years “from now.” A conflict called “the Long War” seems to have become the new branding for the war on terror. To defeat regional warlords preying worldwide on civilians in guerrilla attacks, fresh tiers of military intelligence sent elite warrior squads after the bad guys on their home soil. While the Dubai-born author doesn’t spell it out, there is a strong inference these best-of-the-best soldiers eradicated much of the Arab world. Lt. 1st Class Alisande “Sandy” Attiyeh was a teen orphaned by a terror attack when she joined the fight as an ace hacker/assassin/commando. After the West’s victory, she embraces celebrity as an inspiring avenger (even doing commercial endorsements). Still, much of peacetime American society (the military included) reviles her as a loose-cannon war criminal, and, at only 31 years old, she remains drug-sedated and troubled by her past. Lyndon Hamilton, a homicidal billionaire tied to a destructive cult, recruits vulnerable Sandy for his data-mining conspiracy to seize and manipulate society via computer. In a subplot, Matthew “Massi” Moretti, a teenage armed forces cadet in Virginia who unashamedly idolizes Sandy, finds himself increasingly ostracized by his comrades and even the girl he loves. Scarlett’s nonstandard story structure takes place in the aftermath of a dramatic, action-filled conflict, not during the thick of it, with key details supplied only sparingly with belated flashbacks. For many genre readers—especially in an era of sci-fi sagas profitably starring women—this series opener intriguingly explores the wounded mindset of a discarded alpha heroine when the fight’s over, adrenaline rushes are in short supply, and dull domesticity looms in a “happy” ending. Think Katniss Everdeen (The Hunger Games), Honor Harrington (Honorverse), and Killashandra Ree (Crystal Singer trilogy). As such, the author offers a more character-driven and thoughtful story than expected. Despite the futuristic time frame, the technology here is not too extraordinarily advanced. Sadly, perhaps the biggest mind-blower in Scarlett’s extrapolated America of tomorrow is the horrifying massacre of Middle Easterners and its impact on guilt-ridden citizens.

An unusually sedate and conscience-ridden military/sci-fi drama featuring a warrior who’s lost without a battle to occupy her talents and keep her pain at bay.