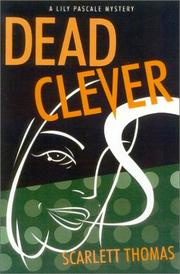 The first of a trilogy inaugurating the Kate’s Mystery Books imprint features unimpressive Lily Pascale, who hightails it back to Devon when she tires of her nonsuccess in London—a boyfriend who cheats on her and auditions that never lead to parts. Her mum finds her a job teaching pop culture (i.e., detective fiction) at the local college, where her students are obsessing over the murder of 19-year-old Stephanie, whose corpse was missing its head. Especially overcome is Steph’s would-be beau Jason, who utters a few cryptic words, then expires of an Ecstasy overdose behind the Blue Dolphin club, a druggie hangout owned by the brother of Dale, an old school chum of Lily’s who’s now putting the moves on her. Within a week, Lily, perhaps goaded into detective mode by her reading, is the last person to see devilishly handsome instructor Fenn Baker before he does a runner; has a crack at decoding Jason’s dying utterance; and winds up taking Dale to the hospital after a drug mishap of his own. More snooping reveals skullduggery in the college’s science department and promises made to the college dean, Professor Valentine, who attends midnight cult meetings as Freddy Future, architect of new life processes based on experiments in which that missing head plays a prominent role. Outthinking the cops, Lily connects all the criminal dots, effects a dramatic moors rescue, and receives a £20,000 reward for her efforts.

Nice for her, right? But the drab heroine and the preposterous plot she’s mired in make this debut less than auspicious.