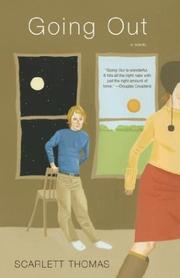 Actually, about two thirds of the way through the story they pile into a camper van and head toward Wales to meet a Chinese healer Luke hopes will cure his rare, fatal allergy to sunlight. Until he gets under the blankets in the van, though, Luke is stuck in his room watching TV, chatting on the Internet, and waiting for visits from best friend Julie and sort-of girlfriend Leanne. It’s not much of a life for a 25-year-old, but then Julie, a math and science whiz who deliberately flunked her university entrance exams, is a waitress, while Leanne is a nightmarishly rigid sales clerk in a Blockbuster Video. (Her browbeating a customer over an obviously incorrect late fee is one of the funniest scenes here.) David, a cook at the restaurant where Julie works, has testicular cancer; Charlotte, just back after fleeing a year ago when her boyfriend died suddenly, is glamorous but sad. Only Leanne's good-natured cousin Chantel has any luck: she just won the lottery and bought the camper for the Wales trip. Getting out of town initially doesn’t help anyone. They’re creeping along backroads because Julie, in addition to refusing to eat prepared food (someone might spike it with LSD) or take express trains (they might crash), is as terrified of highways as she is of storms. Naturally, they leave in the middle of a downpour and encounter flooded roads. Nonetheless, Thomas (Dead Clever, 2003, etc.) doles out various tentative redemptions to her characters; they're appropriate and quite touching, but don't much lighten the gray portrait she’s etched of young people adrift in an indifferent-to-hostile society, taking little pleasure from the drugs and sex they casually indulge in, fond of each other (possibly excepting the bitchy Leanne) but unsure how that helps.

Sharply observed and dryly funny, but it somewhat too aptly illustrates Julie's warning to Luke that real life is not like TV: “Stuff happens and there just is no structure.”