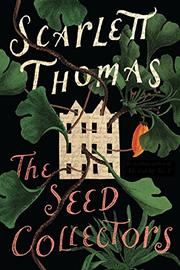 It’s probably best to start by explaining who will hate this book. Readers who require likable protagonists will hate this book; the members of the Gardener family and its satellites are, almost without exception, a catalog of human weakness and vice. Readers who are unsettled by formal experiment will hate this; Thomas uses a cacophony of voices, moves around in time, and frequently interrupts the narrative with thought experiments. And readers who shy away from profanity and perversity will hate this book; freewheeling British usage of language that is intensely objectionable to American ears just compounds the problem. So, the colonial audience for this book is, perhaps, narrow. But, O! How that audience will love it! Thomas' latest is a multigenerational saga, but it’s also an extended meditation on the Buddhist concept of attachment. And it’s a hyperbolic, raunchy, hilarious immersion in the connected lives of some intensely imperfect people. The catalyst for the story is the death of Oleander Gardener, the guiding spirit of both her botanist family and a spiritual retreat that houses various refugees, weirdos, and the occasional celebrity. Oleander’s bequests include her home, a hunting lodge in the Outer Hebrides, and the seedpods of a plant that several members of her family died trying to find. Oleander is dead, but her presence looms, and the people she’s left behind are compelled to figure out what they’re going to do with their complicated inheritance—a question that expands beyond Oleander’s material gifts and reaches into the Gardener family’s past.