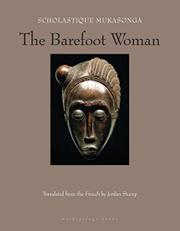 A profoundly affecting memoir of a mother lost to ethnic violence.

Mukasonga (Cockroaches, 2016, etc.) left her birth country of Rwanda to work in France before the genocide began, but she was well familiar with the events preceding it. As a child, she recounts, her mother informed her that her duty was to cover her body with a colorful pagne when she died: “No one must see a mother’s corpse,” she said portentously. “Otherwise it will follow you, it will chase you…it will haunt you until it’s your turn to die, when you too will need someone to cover your body.” When she was still young, Mukasonga and her family were herded off to an inhospitable region where, she imagines, the Hutu rulers hoped that “the Tutsis of Nyamata would gradually be wiped out by sleeping sickness and famine.” Instead, long before the genocide began, they were steadily victimized: beaten, raped, looted, murdered. The author’s mother, a reader of signs and omens, held drills so that her children could escape: “And so we knew exactly how to scurry into the brambles, how to dive under the dried grasses.” Mukasonga’s account of village life can be charming, as when she writes of the importance of growing sorghum for, among other reasons, making a mild beer that served as a social bond. But then it can become harrowing on the same page, as when she considers whether a man can truly be a man if robbed of his cattle, a visible sign of wealth and status. Finally, in the spasm of civil war and genocide that swept across Rwanda in the early 1990s, her mother and dozens of other family members were killed. The author closes with a haunting vision in which the ghost of a friend asks her whether she has brought "a pagne big enough to cover them all, every one of them.”

A loving, urgent memorial to people now “deep in the jumble of some ossuary” who might otherwise be forgotten in time.