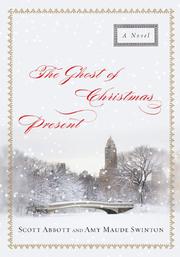 THE GHOST OF CHRISTMAS PRESENT

A modern Christmas story (with shades of A Christmas Carol) in which a beleaguered single father fights for custody of his sick son.

Patrick Guthrie, drama teacher at an NYC high school, has had a few heartbreaking years: First, his wife suddenly dies from an undiagnosed enlarged heart, and then their son, Braden, is diagnosed with the same condition. Braden is very ill, but it seems he may be a candidate for a lifesaving operation. Finally, Patrick has hope. But as Braden is waiting for operation day, Patrick is laid off and the bills he was valiantly fending off (heat, phone, rent) have all come due. Then, Child Protective Services comes knocking, questioning his ability to care for the soon-to-be-discharged Braden. Patrick knows exactly who sent the watchdogs: Ted Cake, a wealthy industrialist and his former father-in-law. Ted blames Patrick for his daughter’s death and now wants custody of the grandson he’s never met. Patrick gets a job at a pizza parlor, but there is no way he can earn enough to pay all his bills and bank the requisite savings to appease the court. He dons a St. Nick costume, makeup and wig and hits the streets as the Ghost of Christmas Present, from Dickens’ A Christmas Carol. Patrick begs (although it could be argued he’s really busking) as he recites passages from Dickens and his beloved Shakespeare. He sets up shop close to Ted Cake’s office, and Cake (who longed to be an actor in his youth) grows to appreciate Patrick’s performances. A number of unfortunate turns make it unlikely that Patrick will retain custody of his son unless Ted Cake can see his way toward forgiveness and family unity.

Sentimental and earnest; nevertheless, the tale has charm enough to make you eager for the holidays.