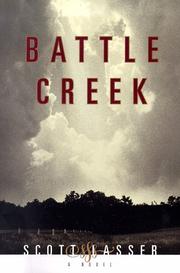 A tepid first novel for boys who love the boys of summer. Lasser’s narrative trots perfunctorily through the lives of a handful of minor-league baseball aspirants before culminating in a championship game played in the cereal mecca of the title. Gil is the coach. Divorced, troubled by the failure of his team, Koch and Sons, to win the national finals for four years running, Gil has uninteresting intimacy issues with his dying father that need to be worked out before the story can end. Vince is the pitching coach. Terminally ill with emphysema, he sports a wise and craggy countenance that has dispensed wisdom to his bullpen for years, yet his wife refuses to learn how to pay the telephone bill at home. Vince dies just before the finals, and the wife is relieved of her responsibilities’she dies, too. Mercer, an aging pitcher whose skills are slowly fading, also has intimacy issues, in his case with his girlfriend: he has to cough up a commitment before the first pitch can be thrown. Luke James is a troubled ex-con, a tightly wound young wizard with the bat just getting used to life on the outside: ticking time-bomb, or possible savior of the team? No one can say, since James is killed at bat by a wild pitch as the big game winds down. Readers will want to send these cardboard characters to the showers for the season. The on-the-field action, which in sports novels is often the redeeming point of light in an otherwise uninspired blur of domestic adjectives, fails to stir and is only dutifully described, as if the author actually wants to return as quickly as possible to the really interesting emotional lives of these guys. Featuring a desultory text strewn with faceless women in perky T-shirts who mostly serve drinks, Lasser’s debut has as much spellbinding crackle as a pre-season rainout. (Book-of-the-Month Club selection; author tour)