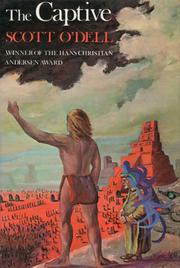 This brilliant first volume in a projected sequence begins when Julian Escobar, an idealistic 16-year-old seminarian in early 16th-century Spain, is part bullied, part lured by the promise of savage souls and a future Bishopric, to accompany imperious young Don Luis to the nobleman's New World island. Almost there, the party stops at another island, where Julian becomes sympathetic with the natives he hopes to convert. There too, his wavering moral character seems to grow firmer in resistance to Don Luis' abusive treatment and planned enslavement of the Indians. Then, after a shipwreck, Julian and Don Luis' horse make it to a seemingly deserted island. In time a young girl appears, attracted by the horse, and teaches Julian her peoples' language, customs, and abhorrent (to him) religion—as he postpones plans to teach her of Christ. He never meets the island's other inhabitants; but at last he is visited by a Spanish dwarf, survivor of a previous shipwreck, who forces Julian to choose between death at the hands of barbaric natives and glory as their god Kukulcan (a Mayan version of the Aztec Quetzalcoatl), who had promised to return as a tall, blond youth. We leave Julian, arrayed as the god, surveying his newly acquired domain—sickened by the human sacrifices being made in his honor, but stirred moments later by visions of empire. And O'Dell leaves readers impatient for further developments. It is a measure of his seriousness and his skill that the suspense focuses not on events, which have so far been swift and stunning, inevitable and unexpected, or on the artfully foreshadowed intrigue, confrontations, and dangers that are sure to follow, but on Julian's moral choices and on what he will make of his false, exalted position.