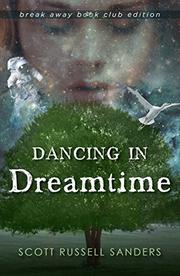 A short story collection wrestling with modern isolation and dystopic futures, from an author also known for nonfiction essays about conservation and nature.

Sanders (Divine Animal, 2014, etc.) begins with “The Anatomy Lesson,” a horror story about transformation in a poorly defined academic setting. “The First Journey of Jason Moss” describes a nebbishy man's unlikely midlife blossoming into a world traveler and solver-of-everyone's-problems. “The Artist of Hunger” is about an artist's rebellion against (somewhat cartoonish) villainous corporate patrons and their manufactured culture of greed. “The Engineer of Beasts" is the first story explicitly set in Sanders' Enclosure universe, a dystopia of bubble cities sealed against Earth's pollution, more thoroughly explored in his 1985 novel Terrarium. Despite traces of a too-cute whimsy, Sanders hits his stride as he explores what happens when one of the Enclosure's "disneys" (an inspired coinage for artificial parks within the cities) goes haywire. Sanders invigorates the "domed cities" trope for the last 10 stories, which chronicle humanity's retreat into the Enclosure...and their subsequent need to escape their refuge and reconnect with their ruined natural world and with one another. In the far future of the setting, our species reaches other, less spoiled planets. The two best stories take place here: “The Audubon Effect,” in which a team of scientists puzzles through the impossible appearance of extinct avians; and the claustrophobic and creepy “The Land Where Songtrees Grow,” a rescue mission whose members are in risk of losing their own minds. “Travels in the Interior” is also strong, sharply examining both celebrity culture and colonization/exploitation through two brothers whose expeditions on alien planets are televised.

Sanders is at his best when he leaves humor behind to tell stories with big ideas; fortunately, over half the stories here do so, despite a shaky start.