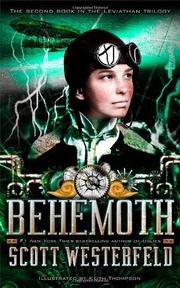 From the Leviathan Trilogy series, volume 2

In this sequel to Leviathan (2009), Deryn and Alek foment revolution at the onset of the Great War. They both have secrets: Deryn, a girl in disguise, serves on a living airship; Alek is secretly heir presumptive to the Austro-Hungarian throne. Alek ends up in Istanbul after a cinematic escape from the airship, while Deryn is stranded there after a top-secret mission. The two discover a city caught between Clanker and Darwinist powers, a city using machines and engines as the Germans do but tremulously allied to the beastie-manufacturing British. Alek and Deryn join the intrigues of a multi-ethnic secret society seeking to overthrow the Sultan. It's a racketing adventure, packed with genetically engineered beasties, human-looking machines and nosy American reporters. Though subject to all the weaknesses of steampunk—an exotic East that owes more to Orientalism than to accuracy; a romantic and exciting interpretation of exceedingly dark historical periods—it also showcases the genre's strengths: gleeful battles, well-appointed airships, wee clockwork library helpers and sea monsters. Keith Thompson's lively black-and-white illustrations suit perfectly. (Steampunk. 12-15)