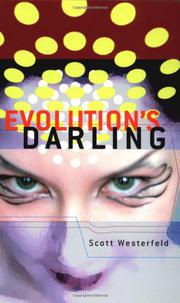 From YA and paperback author Westerfield: a meditation on cloning and machine sentience. Darling, once a spaceship's navigating computer, now sentient and independent, roams the galaxy investigating artwork fraud for rich collectors. His present assignment involves the brilliant sculptor Robert Vaddum, also a sentient machine, who perished on planet Malvir in a mysterious explosion known as the Blast Event. Now, a new sculpture, demonstrably of more recent origin than the Blast Event but also unequivocally by Vaddum, has surfaced. On his way to Malvir, Darling meets Mira, an assassin working for gods whose purpose is to destroy or suppress undesirable developments—such as the copying of sentient machines. Someone, however, managed to copy Oscar Vale, another sentient machine—Mira assassinated one copy on Earth, and she's now heading for Malvir to finish the job. Machinelike, with no recollection of her childhood, Mira can't help but get sexually involved with the well-equipped Darling. On planet Malvir, an entity called the Maker (a sort of duplicating machine with aspirations to become a sculptor) copied Oscar Vale to see whether it could, copied Vaddum, then exploded a copy of itself—Blast Event!—when Malvir's planetary artificial intelligence detected it. Still other copies, however, remain to be confronted.