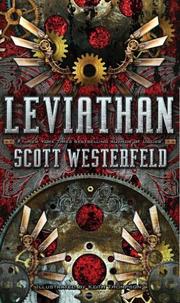 The fate of many rests in the hands of an Austrian schoolboy and a British airman, both in disguise. Alek is the son of the recently assassinated Archduke Franz Ferdinand, hiding from European nations hostile to his father. Midshipman Dylan is really Deryn, a girl passing as a boy in order to serve in the British Air Service. Alek has fled home in a steam-powered Stormwalker, one of the great manned war machines of the Central Powers. Meanwhile, Deryn’s berth is on a massive airbeast, a genetically engineered hydrogen-breather, one of the Darwinist ships of the Allied Powers. The growing hostilities of what is soon to become the Great War throw the two together, and Darwinists and Clankers must work together if they all want to survive. Two Imperial forces meet, one built with steam and the other built with DNA, producing rich, vivid descriptions of the technologies that divide a continent. The setting begs comparisons to Hayao Miyazaki, Kenneth Oppel and Naomi Novik, but this work will stand—or fly—on its own. (Science fiction. 12-15)