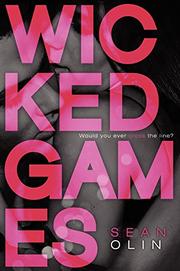 From the Wicked Games series, volume 1

A novel that feels inspired by nighttime soaps like Revenge.

Carter and Lilah’s romance began sweetly when they were high school freshmen. By the time they’re seniors on the verge of graduation, though, Lilah’s unstable emotions and Carter’s inability to deal with her have created distance between them—a distance that is filled by the sexy, alluring Jules. Carter has a one-night stand with her and wants more. So does Jules, but they both know nothing can happen while Lilah’s in the picture. But when Carter breaks up with Lilah, it predictably sends her spiraling out of control. Lilah stalks and humiliates Jules, keying her car and airing a sexually explicit video Jules made at graduation. Carter and Jules think they’ve escaped when it’s time to head off to college at the end of the summer, but it’s really just given Lilah time to plot her ultimate revenge. And to achieve that, someone will die. Beyond the trite plot and stereotyped characters, the most grievous sin is the writing itself: Perspective shifts occur frequently within chapters; dialogue and description are stilted; and there are head-scratching gaps in logic.

When readers reach the sequel-promising ending, their feeling will be more weariness than excitement.